Episodic games are like the Holy Grail of easy platinum trophies, and for that reason, I will almost always play one. This is working out pretty well for me so far, as I’ve loved each and every episodic game I’ve played. 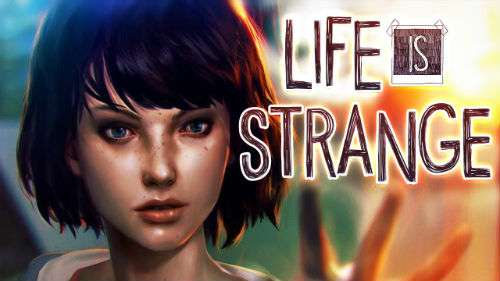 Life Is Strange is the first episodic game I’ve played that hasn’t been made by Telltale Games, but I didn’t enjoy it any less than any of their offerings. Though I didn’t feel the same emotional attachment to some characters in other episodic games I’ve played (“Lee?”, crying face), Life Is Strange does throw up some very real emotions and poses some very big questions on how individuals treat each other which is bound to resonate with players.

For those that don’t know, Life Is Strange is about Max Caulfield, a girl attending the prestigious Blackwell Academy. She seems to be some sort of photography prodigy, and her USP is that she uses a Polaroid camera. The game doesn’t take itself too seriously here, and makes lots of jokes about what a hipster Max is, but at the same time the majority of the plot centres around very mature and dark themes, so the frivolity and seriousness balance each other out. Early on, Max witnesses someone being shot and discovers she has the ability to rewind time to prevent it from happening. Over the course of the five episodes, Max will have to use her rewind power to help her friends and to solve the mystery of a missing Blackwell student, as well as trying to prevent a huge natural disaster hitting Arcadia Bay.

So, the platinum. You’ll be awarded a trophy for playing each episode, and one for completing the game. The rest of the trophies come from taking in-game photos of specific objects. There’s an in-game photo album with silhouettes of what you’re looking for, but if you’re dumb like me and can’t figure it out, there are some pretty comprehensive guides online. I would suggest using a guide as an accompaniment anyway as a few of the photos are only available to take once you have used Max’s rewind ability in a certain way which aren’t always obvious from the outset. Taking the photos should in no way detract from your enjoyment of the game, as it’s not too much of a detour to obtain each one – we’re talking mere seconds out of the story for each, and mostly en route to the next point of the story.

Playstation Trophies lists Life Is Strange as being a 1/10 on the difficulty rating and estimates that it will take 10-20 hours. I’d agree with these summations – with a guide, playing through in one go. I played each episode in individual sittings, which makes it seem a longer process somehow, but no more difficult.