I’ve been spending a lot of time lately trying to clear up platinum trophies on games I’d already started, and The Nonary Games collection was first on my hit list.

The Nonary Games is a collection of the first two games in the Zero Escape series; 9 Hours, 9 Persons, 9 Doors (999 hereafter!), and Virtue’s Last Reward (VLR). 999 was originally released in the West on Nintendo DS back in 2010, with VLR following up on PlayStation Vita and Nintendo 3DS in 2012. The remastered collection was released on Windows and PlayStation 4 and Vita in 2017.

I had played both 999 and VLR prior to The Nonary Games coming out, getting the platinum in VLR at the time. Judging by my 999 playthrough and how little I remembered, I think I only played one route at the time as I felt like I had forgotten almost all of the game, and my memory can’t be that bad, right? I often joke, “I wish I could wipe my memory so I could experience x for the first time again”, and this is probably the closest I’ll ever come to that! 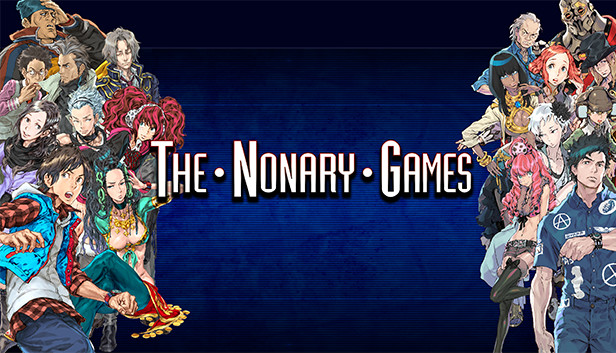 For reference to anyone who might want to attempt The Nonary Games platinum, it is given as a 2/10 for difficulty with 20+ hours as a guide time on Playstationtrophies.org.

I would tend to agree on the difficulty rating, but the time estimate purely depends on how good you are at puzzles, though solutions are easily found on the internet. It’s worth noting that sometimes though you might think you have solved a puzzle or have figured out the solution, you have to solve it the way the game want you to, but this is often the case with puzzle games.

999 and VLR both have really great (if somewhat confusing) stories. 999 is slightly more tricky to get the different routes on as there’s no visual map of what you’re doing, so you might need to look for a guide for that if you’re set on getting the platinum in the quickest time possible. Over on VLR’s side, the game features a handy flow chart so you can track back to route branches and fill out the whole map. It does get a little confusing as you have to hop around each branch to unlock certain bits of story to progress further on different branches, but that’ll all make sense when you play it!

Whilst The Nonary Games is a fairly straightforward and quick platinum, it’s really rewarding. As I’ve said, the story is incredible, and the series features some really wonderfully written characters. Once you’ve tackled The Nonary Games, you can move onto the sequel, Zero Time Dilemma, which is equally as great.