Browing the Playstation Store recently, I came across a lot of games that were under £5. I’ll admit, I did a lot of cross-referencing the games on PlaystationTrophies to see if they had platinum trophies, and how attainable they were, and I came across a few which I bought, one of which was One Night Stand.

I paid £2.89 for One Night Stand on sale, but even out of the sale it’s £3.99. At that price, it’s a steal. I’ll do a Platinum Review of the game at a later time, it is why I bought the game after all, but I wanted to do a proper review first. 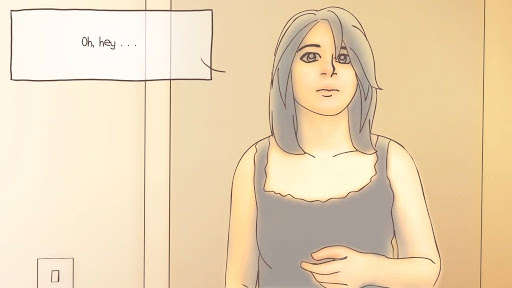 One Night Stand has you playing as a male, waking up hungover in a girl’s room after, you guessed it, a one night stand. The game presents you with choices from the off, whether that’s replying to text messages, or looking around the girl’s room at certain things to piece together what happened the night before.

Depending on what you look at in the girl’s room when she’s out of the room, it unlocks dialogue options to talk about when she’s back. This then contributes to whether you get a positive, negative or neutral ending – for example, reading the notebook at the side of the bed and then bringing it up will not put you in the good books, as you would expect from invading someone’s privacy. 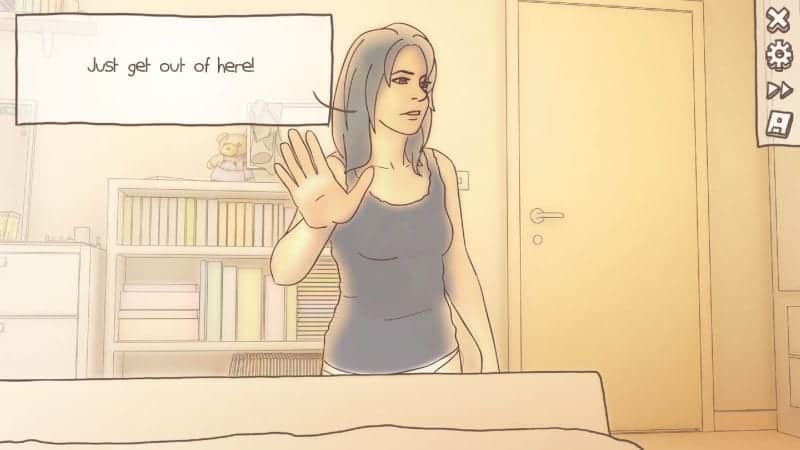 Whilst there’s no gameplay to analyse, as such, everything does feel very intuitive. The game progresses through a series of choices made by the character as he struggles to piece together the previous night’s events, but it does feel realistic in terms of its content. Conversations can be clipped and awkward, as you would expect they would be.

I did enjoy One Night Stand. I played through it in about an hour or so, which given the price point isn’t too awful, albeit there’s not a lot of incentive for replay once you’ve finished. Though some of the endings are quite similar, there is a small mystery within to piece together which is a fun twist at the end of the game.

1 thought on “Review: One Night Stand”