True to my word in my last purchases post, I think I did pretty well in July! I see a lot of memes at the moment equating online shopping to the only bit of happiness available during lockdown, and whilst it is funny, it’s also true.

My first category of purchases this month is games. I did go a little heavy on the games this month, I will say that. Catherine and Fire Emblem Fates: Conquest I picked up preowned for a pretty decent price each, so I couldn’t really say no. Langrisser 1 & 2 was a really spontaneous purchase as I’ve never heard of the series before, or considered it in any way, but it was on sale and I thought, why not? I also bought AI The Somnium Files after it having been on my wishlist for many months. I’ve only heard good things about it! 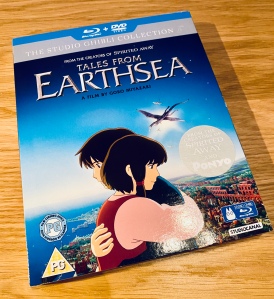 Next up, blu-rays. Or should I say, blu-ray? That’s right, this month I only bought one! That’s practically unheard of! I added to my Studio Ghibli collection and bought Tales from Earthsea. 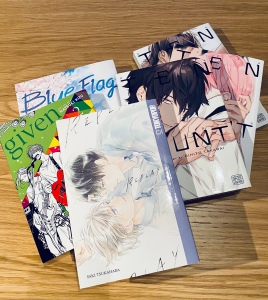 And finally, what would a month be without buying some manga? I think this month I’ve actually only bought BL (no surprise there). I finished my collection of Ten Count (finally), and bought the new given volume, but I also bought Replay and Blue Flag, which I haven’t read yet but I’m excited to get stuck into!

That wraps up July! I think I’m going to try and have another pared back month in August, but we’ll see! I have to go on full lockdown, not even leaving the house for supermarket shopping, as my nan is having an operation, so little deliveries might be the only thing that gets me through!