Anime: Blood Lad
Studio: Brain’s Base
Crunchyroll description: Staz is one of the toughest vampires in the demon world. But unlike his ancestors, he finds being a vampire to be a serious pain in the ass and prefers to spend his time watching anime and playing video games instead. When a Japanese girl named Fuyumi wanders into his territory, Staz cannot hide his excitement at finally meeting a living human from his favourite culture.
Genres: Action, Comedy, Supernatural, Seinen
Original run: 08/07/2013 to 11/9/2013
Episodes: 10 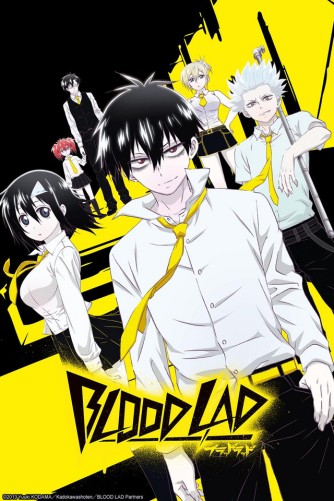 As much as I love supernatural genre anime, I’m often put off. I’ve watched some really great shows which fall in the genre, but I’ve also watched some duds, and my search for my absolute favourite supernatural show continues (though props to Erased and Parasyte which are leading the pack). Supernatural shows can be convoluted, packed with conflicting lore and hard to follow, but done right, they can be exciting and a fun break from reality.

Blood Lad follows the story of Staz. C Blood, a vampire and the boss of his territory, one of the most powerful demons in the demon world. Staz is an otaku, fascinated with the human world and amassing a collection of manga, anime and figurines that would put most IRL weebs to shame. When a Japanese girl named Fuyumi enters the demon world by accident, Staz feels like he’s hit the jackpot – that is, until she dies. Staz vows to resurrect Fuyumi, who is now living in the demon world as a ghost.

Straight off the bat, it’s revealed that Staz hates being a vampire, he finds it incredibly arduous and has no interest in doing ‘typical’ vampire activities, like drinking blood. He’d much rather stay indoors and watch anime, or play games. I really liked this juxtaposition and it was fun to see Staz reluctantly using his power, as well as see how he feels about other demons.

Blood Lad is chock full of fan service. All female characters have boobs that are disproportionately big, not to mention which employ their own laws of physics. There are upskirt shots aplenty, and situations where Fuyumi in particular is found in compromising positions. It’s a little off-putting, and I definitely think the show is strong enough to not have to rely on these sorts of things to keep interest. However, I’m not a fan of overt fan-service in the first place, so even if this was perfectly placed and tonally perfect, I probably wouldn’t have liked it anyway. 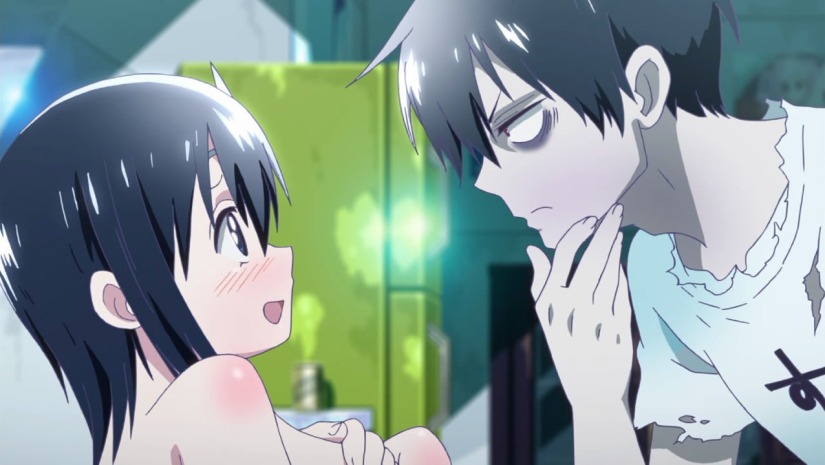 Around the midway point of the season, the show introduces a ‘big bad’ who is supposed to be a super demon, the toughest ever and who noone can defeat. This turns out to be incredibly anti-climatic, and easily defeated. There’s a hint that this could develop in the future, but as I’ll discuss later, this goes nowhere.

The fight scenes themselves are really cool and well animated. With the anime being set in the demon world, each character has their own strengths and powers, and it was really interesting to see these powers being used and the different tactics of how the powers could be used to their advantages and even against them.

Blood Lad features a great cast of supporting characters, from Staz’s own allies to his enemies and beyond. I didn’t feel like there were any weak characters, apart from perhaps Fuyumi herself. She just sort of goes along with whatever everyone tells her to do, and doesn’t really ever voice her own opinions or say what she wants. I get that she’s in a strange world (and also kinda dead), but she was just sort of subservient and submissive, which was disappointing. 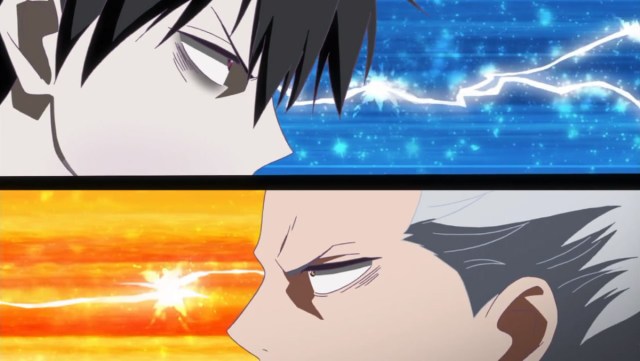 Speaking of disappointing, the end of Blood Lad is infuriating. Don’t go into this anime if you like things wrapped up neatly. For whatever reason, there isn’t a second season, so it just ends with no resolution. It’s all perfectly set up for another season, but it just doesn’t exist, and the only way for me to get closure is to add the manga to my to read list.

Blood Lad is super fun, and doesn’t take itself seriously at all. I laughed out loud on several occasions throughout the series, and came to really love a lot of the characters. The lack of a satisfactory standalone ending loses Blood Lad some points, but in general it’s an enjoyable watch.