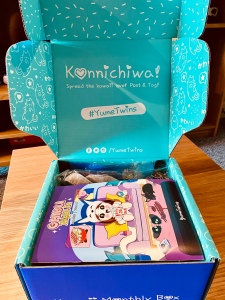 Who could have predicted this? Apart from everyone, I mean. A mere week after my May YumeTwins box arrived, up rocks my June box. Subscription boxes are like London busses, or something. Anyway, terrible jokes aside, it’s a relief to be back up to date with my subscription boxes after the shipping nightmare. I do still have a July box to come, but I’m not expecting that for another couple of weeks or so. I may be pleasantly surprised on that estimate, but we’ll see! The theme for the June box was ‘Ghibli Night In’. 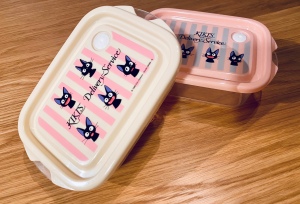 I mentioned in the last Unboxing post that food and drink items tend to be a recurring theme in subscription boxes, and the June box was no exception. I think the more subscription boxes and the more tupperware and bento boxes I acquire and sneak into the kitchen cupboards, the greater the risk of my mother killing me becomes. I’m hoping these Jiji tupperware boxes get a free pass for being so cute!

My next items, above, were both My Neighbour Totoro themed. The bag looks extremely out of proportion here next to the toothbrush, but I can assure you it isn’t the world’s smallest bag! It’s actually a pretty decent size, easily big enough for phone, keys, purse with room to spare. It’s definitely not an all the time bag, but I think for just nipping out, it’s fine! My lack of forward planning is clearly evident here as the Totoro toothbrush blends in with the colour of my coffee table perfectly, whoops! I’ll be using my new bamboo toothbrush to take on trips with me, so I don’t have to take my electric toothbrush and charger, a huge space saver!

I seemed to have very good luck with my selection of items, as I got this Howl’s Moving Castle postcard print, which I am extremely happy about as it’s my favourite Ghibli movie!

Lastly, I got this A4 clear folder with a scene from Kiki’s Delivery Service. I’m trying to make an effort to keep all of my important documents together, so this will definitely come in handy for that!

That was everything for the June box! What was your favourite from the items I got?

Due to the good old ‘rona, shipping times worldwide have been totally ruined. Luckily, I hadn’t experienced many issues with this, except for my YumeTwins subscription box. I bought the May box back in April, and so I could get a free gift I bought a 3 month subscription. Unfortunately the box didn’t arrive in May… or June, and in fact came in July. I know this can’t be helped, and YumeTwins have amended their shipping as a result, so hopefully I won’t see this much of a delay with the remaining two boxes in my subscription!

The theme for the May YumeTwins box was ‘Ghibli’s Delivery Service’, so as a huge Studio Ghibli fan I really couldn’t resist. Like my relationship with most things anime, there’s a sort of bittersweet feeling as I was meant to go to the Studio Ghibli Museum during my cancelled Japan trip back in March, but the sting is becoming less strong! I’m sure I’ll get over it one day…. maybe. 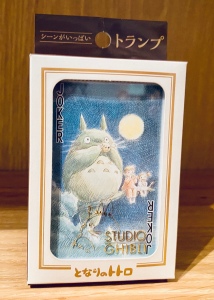 Anyway, onto the goodies. The free gift that I mentioned was a set of Ghibli playing cards. This was really the reason that I signed up for the 3 month subscription, as I collect themed playing cards. I actually almost bought these exact cards when I was on holiday last year, so I’m glad I didn’t! The ones I got were My Neighbour Totoro ones!

I’ve noticed that a lot of things in subscription boxes tend to be quite food based. After just a few months of getting boxes, I have more bento boxes and chopsticks that I know what to do with. I’m not complaining though, they’re really cute! I got a bento box of Jiji from Kiki’s Delivery Service, and chopsticks! All of the options for the chopsticks had Jiji on, but the bento was between Totoro and Jiji, so I got a matching set!

Carrying on the food and drink theme, I got a Totoro tumbler. The options here were all Totoro, but my one is yellow where the colours differed on the others. This fits me quite well, as I have a pastel aesthetic going on! Normally I’m a person who gets the biggest glass possible and drinks pints of water at a time, so this is a little smaller than I’m used to, but I think it will be a good glass for having an alcoholic beverage or two, or taking it on a picnic – it’s plastic so there’s no chance of it getting broken outside!

Also in the box was this cute puzzle of Kiki. It’s only 150 pieces, so it won’t take me too long (although it has been a really long time since I did a puzzle, so who knows?). It’s really pretty, so I think I might even frame it when I’ve done it as it’s such a lovely picture!

And finally, the last item in the May YumeTwins box was this origami set of Kiki’s Delivery Service. I’m not sure I’ve ever done much origami in the past, but in theory I think it’d be quite relaxing. I guess that remains to be seen, as some of these designs look quite complicated! 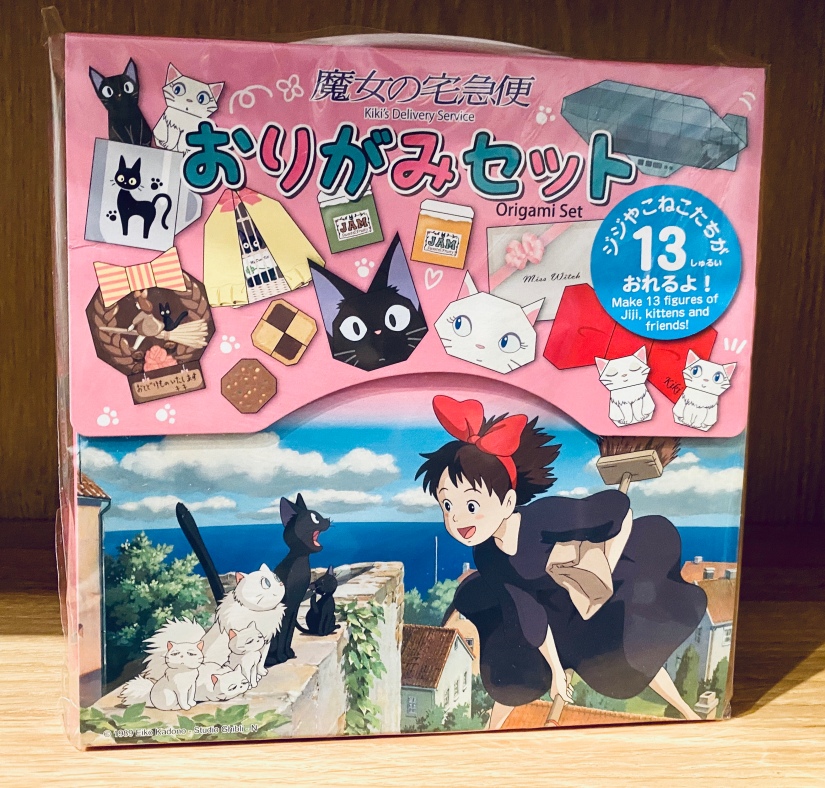 That was everything for the ‘Ghibli’s Delivery Service’ YumeTwins box. Hopefully my June box won’t be quite so delayed!