After being off to a pretty shaky start, I feel like March was much more positive for the challenges and I made some headway in everything, even if the numbers haven’t jumped up a whole lot.

In March I finally managed to get the platinum in Cozy Grove. I cannot believe how long this took me in the end, and I feel like I definitely didn’t do it the most straightforward or easy way. Cozy Grove was actually my second most played game last year according to the end of 2021 PlayStation stats that came out, which just shows how much time I’ve put into it.

Get the platinum in Persona 4 Golden

I was really sick for about a week in March and I couldn’t bring myself to tax my brain too much so I played Persona 4 Golden solidly for that entire time. I have all bar one trophy, which is really quite annoying as I need to do another playthrough for it to get to level 90 and fuse one persona and then the platinum is mine!

I finally finished an anime, miracles do happen! I watched Blue Period, which I really loved a lot!

I watched two feature length documentaries in March; Three Identical Strangers and Tell Me Who I Am, both of which were absolutely crazy stories, I can’t believe what the people involved had to go through. Both were so interesting though, I’d definitely recommend! I also watched Turning Red, which I really liked a lot.

I watched Jujutsu Kaisen 0 which was incredible. I really think it’s the superior anime at the moment, over Demon Slayer anyway.

I read quite a lot in March. I got my first Kindle, and a free three month trial of Kindle Unlimited, so I’ve been trying to make the most of that. Chelsie of The Runaway Chelsie Blog and I also had a day where we tried to read as much as we could in 24 hours (spoiler – we did not make the full 24 hours). In March I read The Hand on the Wall by Maureen Johnson, the first and second Zodiac Academy books by Caroline Peckham and Susanne Valenti, They Both Die At The End by Adam Silvera (which I’m still not over), and finally Hector and the Search For Happiness by Francois Lelord (which I honestly could not recommend to anyone). I’m doing pretty well on the reading front!

Adol Christin is back, and this time he’s… in prison?! In the newest entry in the Ys series, Ys IX: Monstrum Nox, the follow-up to the well-received Ys VIII: Lacrimosa of Dana, Adol sets on a new adventure. After a series of unfortunate events, he begins investigating supernatural events in his new surroundings.

One of the most commonly seen criticisms of detective games is that they want to point the player towards one specific answer with a specific piece of evidence to corroborate. Not only is this frustrating, but also forces you to think the exact way the game wants you to think, leaving no other interpretation. Paradise Killer takes this criticism and throws it out. Created in 2020, the first person open-world detective game lets you gather as much—or as little—evidence as you like, and come to your own conclusions about them. The only person you have to convince is the Judge.

Originally released on PC back in 2011, To The Moon was created by Kan Gao using the RPG Maker XP toolkit based on his own experiences with his grandfather’s life-threatening condition, and influenced by his own questions about end-of-life thoughts and whether a person can live with their regrets. Fast forward 9 years and one rebuild on Unity, and To The Moon was released on Switch in early 2020, ready to be enjoyed by a new generation.

If you remember my last purchases post, you’ll recall that I had anticipated a heavy August Purchases post to get through my imposed 2 week lockdown prior to my Nan’s operation. Putting this post together, I’m surprised that there isn’t more, and I feel like I was reasonably restrained… ish.

As usual, I bought a few manga. Adding to my Haikyuu!! and Full Metal Alchemist collections once again, and starting two new collections. I’ve not read Spy x Family yet, but I’ve heard really good things about it online, so I’m looking forward to starting that. I also bought My Dress Up Darling, which I have read and it was…. kind of a surprise. I bought it because it seemed like a cute story about cosplay, and it kind of is, but when I say it came wrapped in plastic, I think that probably tells manga readers all they need to know! Nevertheless, I did enjoy the first volume and I’ll continue to buy it to see where the story goes! I’m going to write up a proper review about it soon (someone please hold me to that).

Of course, I wouldn’t get through a month without buying some BL so I got a little haul this month. I bought all volumes of Escape Journey, which I promptly realised I actually have already read. I did really enjoy it though, and I have a feeling I couldn’t find the last couple of chapters anywhere at the time I read it so I’m glad to own it so I can finish it properly! I also bought the latest published volume of given, so I can continue to stay up to date with that collection!

I bought two games this month. The first was Fire Emblem Fates Birthright. For some reason I’ve been picking up old Fire Emblem games when I see them, and someone on Instagram was selling this one for pretty cheap, so I got it. Realistically, I know the chances of me playing it are pretty slim – my PS4, Vita and Switch backlogs are bad enough, without me adding the 3DS into the mix! I also bought Nexomon Extinction, which as a premise is very similar to Pokémon in that you catch and train Nexomon to win battles. I haven’t played that much of it, maybe 3 hours or so, but what I have played I have enjoyed and I hope to get back to it properly soon! 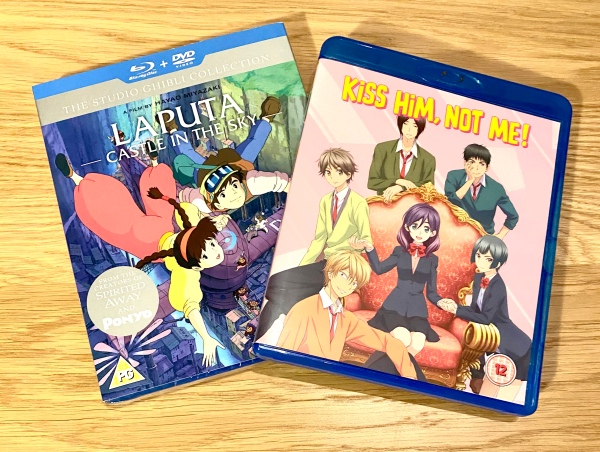 To round off the August Purchases, a modest blu-ray haul. I got Kiss Him Not Me, which I’ve never seen before, and also added to my Studio Ghibli collection by buying Laputa: Castle In The Sky.

So, that was what I bought in August! Pretty pared back for me, I’m sure you’ll all agree!

There are actually only a handful of games I’ve played through more than once, and only two spring to mind that I’ve actually played more than five times. Both are connected in my life, so here’s a little anecdote.

When I was 11, the only gaming device or console I had was a PlayStation (violins, I’m sure, are playing), and my favourite ever game to play was Crash Bandicoot. I played it to death, and knew it off by heart. I’m interested to see if muscle memory kicks in and I still remember the levels as vividly when the remastered version comes out later this year. 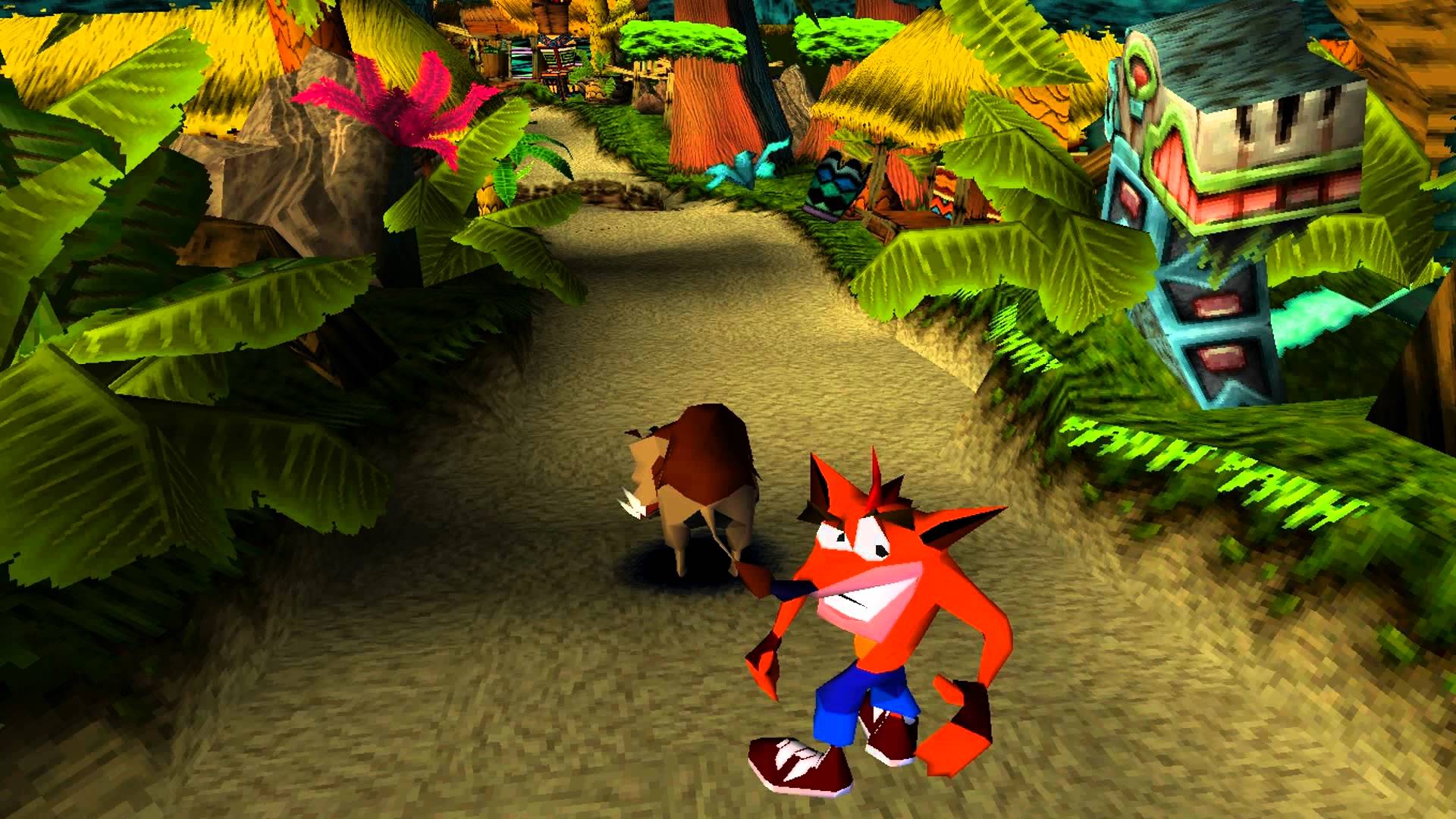 I completed it so many times, and as soon as I did, I would start again. Sometimes I would take a break to play Spyro The Dragon, but I’m not sure I ever completed that once, let alone as many times as I completed Crash. A friend who lived in my road had a brother who was as obsessed with Pokémon as I was with Crash, and I was fascinated by it (my exposure to handheld gaming was pretty minimal by this point). So, for my twelfth birthday, my aunt bought me a Gameboy Colour (in lime green, FYI). Imagine my devestation when I didn’t have any games for it. She thought it would come with a game built in, so didn’t pick one up for me.

Fast forward a couple of days and another boy in my village gave me his copy of Pokémon Yellow to borrow on a long-term loan (so long-term, that I actually still have the game some 16 years later). I was totally smitten with it, and played it constantly (luckily my dad had invested in some rechargable batteries), and completely ignored Crash. The only trouble – I completely sucked at it. 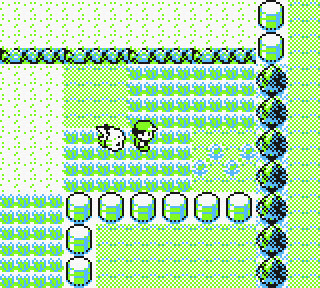 Still to this day, I hate grinding in games. I’d much rather get from objective A to objective B and work my way through some tasks, earning experience points that way, so levelling up Pokémon by battling wild Pokémon was not something I enjoyed doing.

So, anyway. My friend’s brother proposed we help each other out. As good as he was at Pokémon, he completely sucked at Crash. A deal was made, and we’d help each other through bits we were stuck on, or give tips. His advice was so invaluable to me, that I ended up sticking with Pokémon for a really long time (Sun and Moon are the only additions to the franchise that I’ve not bought). At that time, little twelve year old me was far too impatient to go through and complete the Pokédex, so as soon as I’d defeat the Elite Four, I’d start again. And again, and again.