You’ll recall that I didn’t actually buy anything of note in October, so there was no Purchases post. I paid off my PS5 in October, so there wasn’t a lot of money spare! My haul for November seems somewhat more modest than previous months, but I’ve done the bulk of my Christmas shopping so there hasn’t been a lot of cash to splash on myself! I did buy some cool things though, so here they are! 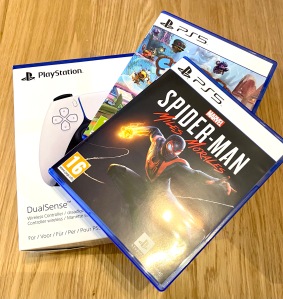 First up, as I’ve mentioned previously, I was lucky enough to get a PS5! I bought Spider-Man: Miles Morales with it at launch, and then later bought a new Dualsense controller (I missed always having a fully charged controller!), and Sackboy: A Big Adventure. I really like the PS5 so far, it feels very different to the PS4 which isn’t necessarily a bad thing, but is taking some getting used to! Also in the games genre, I bought Piofiore on Switch, which is an otome game. I bought it digitally so no photo as I couldn’t get a decent one of my Switch without glare! It’s set in Italy and features the mafia, so it was really hard for me to pass up as I knew all the boys would be totally my type. I’ve only played one route so far (and got the bad end), but I was totally right on that front! 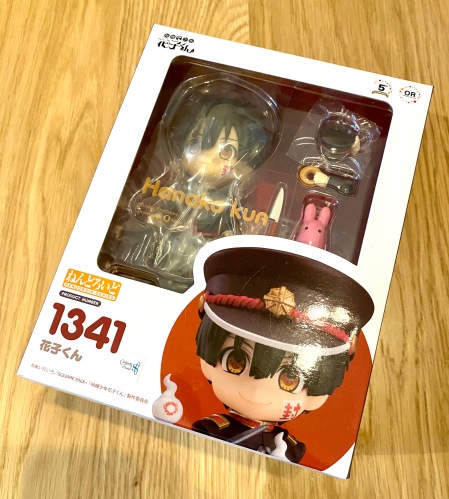 My preorder of the Nendoroid of Hanako-kun from Toilet Bound Hanako-kun came in! I really loved this anime, it was so good and Hanako-kun was my favourite character from it (and went straight on the cosplans list!). I’m really happy to have him in Nendoroid form, he’s just so cute! 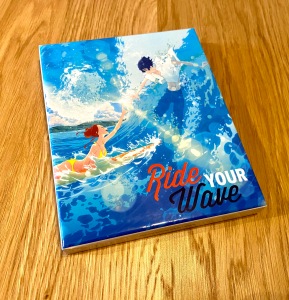 Speaking of preorders, my copy of Ride Your Wave also arrived. I first saw Ride Your Wave when it was showed at Scotland Loves Anime last year, and it was my favourite film of the whole festival. I’m so excited to watch it over and over again, it’s definitely up there in my favourite anime movies list.

Finally, to round off my November purchases, some manga! Only a couple of volumes this month; the latest volume of Wokatoi: Love Is Hard For Otaku, and also My Broken Mariko, which I bought because a lot of people were hyping it up online! I’ve yet to read either, typically, but I’m hoping to do so soon and have a review of My Broken Mariko up!